http___www.bigleaguekickball.com_about_ where can i buy Soma no prescription About Poland Republic

Tramadol Online Echeck Members of: EU, UN, NATO, OECD, WTO and many other.

Poland is the heart of Central Europe. The country has 7 neighbors – Lithuania and Russia runs in the north, Belarus and Ukraine in the east, Germany in the west. Southern neighbors of Poland are the Czech Republic and Slovakia.

The Baltic Sea in the north is a border of Poland and Sweden, so Poland has a very easy access to Scandinavian and North Sea ports. Moreover, borders are marked by the Sudeten Mountains and the Carpathian Mountains. Poland also has the natural borders – rivers – the Odra and the Nysa, with Germany and the Czech Republic are in the west. In the east the border with Belarus is set along the Bug river.

Poland had been preparing for EU accession for many years. Negotiations began in 1990, and four years later, an official membership application was made.

Since year 1999 Poland has been a member of NATO, and since 2004 it has been a part of the European Union which made running international polish business extremely easy. In the referendum which was held on 7–8 June 2003, 77 percent of Poles welcomed and voted to become citizens of a united Europe.

Poland’s history as a state begins near the middle of the 10th century. By the mid-16th century, the Polish-Lithuanian Commonwealth ruled a vast tract of land in central and eastern Europe. During the 18th century, internal disorders weakened the nation, and in a series of agreements between 1772 and 1795, Russia, Prussia, and Austria partitioned Poland among themselves.

Poland regained its independence in 1918 only to be drag out by the Soviet Union and Germany in World War II. It became a Soviet satellite state following the war, but its government was comparatively tolerant and progressive. Labor turmoil in 1980 led to the formation of the independent trade union “Solidarity” that over time became a political force with over ten million members. Free elections held in 1989 and 1990 won Solidarity control of the parliament and the presidency, bringing the close of Communist era. A “shock therapy” program during the early 1990s enabled the country to transform its economy into one of the most sturdy and powerful in Central Europe.

In year 1999 Poland joined NATO and in 2004 the European Union. With its transformation to a democratic, market-oriented country largely completed, Poland is an increasingly robust member of Euro-Atlantic organizations.

Poland is a country located in central Europe to the east of Germany. Border countries are Belarus 407 km, Czech Republic 658 km, Germany 456 km, Lithuania 91 km, Russia (Kaliningrad Oblast) 206 km, Slovakia 444 km, Ukraine 526 km. Total land about 2,788 km. So Poland is a slightly smaller than New Mexico. Warsaw is Poland’s capital and the largest city located near the geometrical centre of the country.

European country Poland is mostly flat plain. Most of the country is plain with no natural boundaries except the Carpathian Mountains in the south and the Oder and Neisse rivers in the west. The landscape encourages sightseeing, active leisure and sports. The mountain ridges offer wonderful skiing opportunities. Other major rivers, which are important to commerce, are the Vistula, Warta, and Bug.

Poland is the 69th largest country in the world. Its location is very good and convenient – country lies along the Baltic Sea with an easy access to Scandinavian and North Sea ports and today has a growing economy centred on industry and the service sector.

Services Before Settling in Poland

Services After Settling in Poland

The Polish Climate is a moderate with both maritime and continental elements.

Summers are usually warm and the most pleasant and best time to visit this country, on the other hand according to country’s location the plentiful of sunshine is mixed with rain. They can be cold and rainy but also hot and dry. Spring starts in March with temperatures varying from -1 to +20 °C, and lasts until May.

The hottest month is July, moreover, the rest of the summer is also quite warm with temperatures from 21 to 32 °C. Autumn begin in September and it is still pretty warm and nice – all trees are dressed in golden colour.

The coldest weather in Poland is middle of winter, in January. Cold continental air flowing in from the east in January makes the eastern part of Poland one of the coldest areas in the country.

Although the Arctic air dominates for much of the year, its conjunction with warmer currents generally moderates temperatures and generates considerable precipitation, clouds, and fog.

The average annual precipitation for the whole country is 600 mm. On the average, precipitation in summer is twice that in winter, providing a dependable supply of water for crops.

Generally, climate of Poland is very pleasant and comfortable as for visiting and travelling, so and for living. 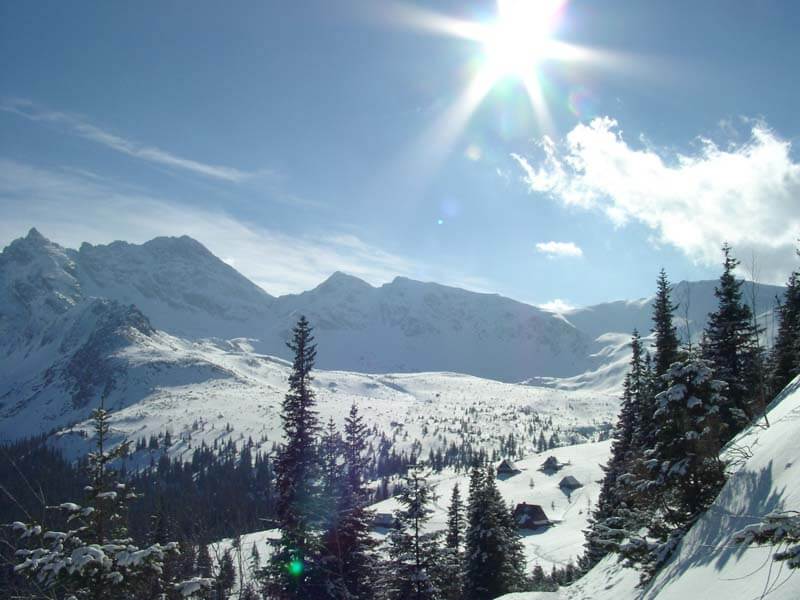 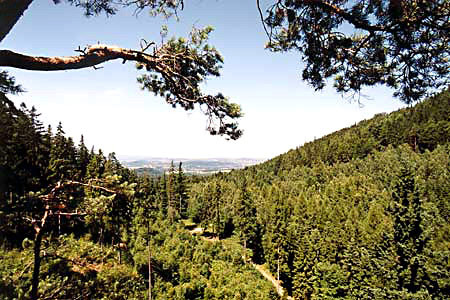