How to get Residence Permit in Spain?

Spain immigration by registering a company

BIZBON helps to prepare documents to get Residence Permit in Spain. If your are planning to register a company in Spain then we would be glad to help you to receive residence permit for two years.

When we will receive the POA it will take around 3-4 weeks to register a company and prepare needful documents for your Spanish residence permit application and visa.

We will send documents to your home address by post courier and you should apply for Spanish visa to come to Spain. Then you can apply for residence permit in Spain. To get visa takes about 2 weeks. And to get residence permit takes around 1-2 moths after application

If you are looking for lawyers for business immigration to Spain, please contact us now:
https://www.bizbon.com/about-us-contact/

Also read about how to get One Year Business Visa for SPAIN. More information here

Required documents for the Residence Permit in Spain

The residence permit applications must be submitted personally in National Police Station where you are going to live. The main requirement is to present properly prepared documents. In order to apply for a residence permit in Spain, you need to submit the following documents:

Who are able to get temporary residence permit in Spain through business?

Residence permits are issued by the Spanish Ministry of the Interior. The residence card should be carried with you at all times as it constitutes a mandatory identity card for foreign residents in Spain. Foreigner’s moving to Spain first apply for a temporary residence permit.

According to immigration statistics, Spain currently hosts around 6 000 000 immigrants, which makes about 13% of the total population of the country. Lot of businessmen immigrants moved to Spain from different countries all over the world. Besides them, there are many immigrants from South America (Ecuador, Columbia), India, Pakistan, African countries as well as from the EU countries (Germany, Great Britain).

What do you need to immigrate to Spain?

Internal and external communication with the Spanish or other cities of the world is widely developed. The Kingdom of Spain can be reached from almost all capitals of the world. So, there is no problem to travel to various parts of the world or to visit your relatives or friends in other countries cities around the world. Favourable climate, sustainable economics, good infrastructure make this country attractive for immigrants from different countries of the world: for EU citizens and those living far away from the EU.

European Union citizens can freely enter, exit, travel and remain in Spain, and are not obliged to fulfil any residence requirements in order to temporary live or stay in Spain. However, you may register as resident in Spain if you intend to move to Spain and reside for a long period of time in the country. Registration as Spanish resident is advisable as this will entitle a foreigner to get some tax benefits in Spain.

The non-EU residents need the residence permit (temporary or permanent) to inhabit in the Spain legally. A foreigner moving to Spain will be required to show his valid passport and the corresponding visa and to follow the steps of getting a permit prescribed by law.

The Kingdom of Spain is a multicultural country where people can profess freely their faith, express their thoughts, ideas, connections to various multicultural communities without prejudice to the country’s law and society-established moral norms and the country’s residents are helpful and friendly citizens.

The most popular cities for immigration are Madrid, Barcelona, Valencia, Alicante. Madrid is the largest city in Spain by population (over 3 million of people). Madrid is an administrative centre of the autonomous Community of Madrid. Barcelona is a little bit smaller (more than 1 and a half million of people), but, usually, more popular amongst tourists.

Types of residence permit in Spain

There are different types of residence permits in Spain: 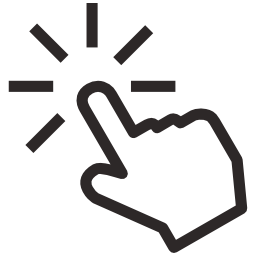 Services for Business In Spain

Starting a Business in Spain

A foreigner planning to live and work in Spain must have a work permit independently whether he is going to work under the employment contract or a self-employed. So, there are two types of work permits in Spain, the Cuenta Ajena and Cuenta Propia.

The Cuenta Ajena is given to those Spanish immigrants who have a specific employment contract from a specific company. The Cuenta Propia, also known as an autonomo, is for those who are self-employed and would like more freedom to move between different companies and positions within the working world. It is generally easier to obtain a Cuenta Ajena, thus it is often recommended that immigrants to Spain first secure this type of work permit, and apply for a Cuenta Propia after that if necessary.

This means that many positions that are popular among the immigrants in Spain will require to have Cuenta Propia work permit. Currently Spain runs an investment program, which allows you to apply for a residence card in Spain, if you have purchased real estate for a price in excess of 500 000 EUR – however this permit does not allow the right to work or conduct business in Spain.

How to get a work permit in Spain?

It is worth to note that the work permit application process for non-EU nationals largely depends on the employer. On the other hand, the work residence visa that will be needed to enter Spain and the collection of the work permit is usually the applicant’s own responsibility. There are several steps the immigrants will have to follow in order to work and live legally in Spain.

To obtain most forms of work permit an immigrant seeking to live and work in Spain will need an employment contract. Once a job has been secured and a contract has been negotiated, the employer will request certain documents from the prospective employee and will submit a work permit application to the Spanish Ministry of Labour on their behalf.

After the work permit is approved by Ministry of Labour, the employer will send the immigrant a notification of approval with an official stamp. Then, the applicant needs to collect and submit all the documents required to apply for a work and residence visa at their closest Spanish embassy. The immigrants should keep in mind that many of these documents will need to be translated into Spanish and certified. So, they should translate necessary documents into Spanish in advance.

Furthermore, an applicant only has one month to apply for the necessary visa after his permit has been officially approved. It is therefore strongly advisable to begin gathering the necessary documents well in advance.

Those who move to Spain as a dependent or non-worker only need to apply for a relevant residence permit, and not for a work and residence permit. This permit is largely linked to the validity of the work permit obtained by the applicant’s working family member or the partner.

How long does it take to get a work permit in Spain? The time period required for completion of the whole procedure can be anywhere from days to months depending on many factors. Note that the procedure in smaller towns often take longer period of time.

So, after summing up everything what was said above the issue is how much immigration to Spain costs. The cost of immigration depends on the immigrant‘s purpose of moving to Spain, on the his status and situation. So, the price may vary from case by case. Moreover, the immigrants not familiar well with the Spanish law may experience difficulties with necessary formalities and thus have additional expenses. Thus, if you are planning to move to Spain, it is worth to address to professional immigration specialists who advice in order to handle all the formalities in the shortest time and without loss of money.